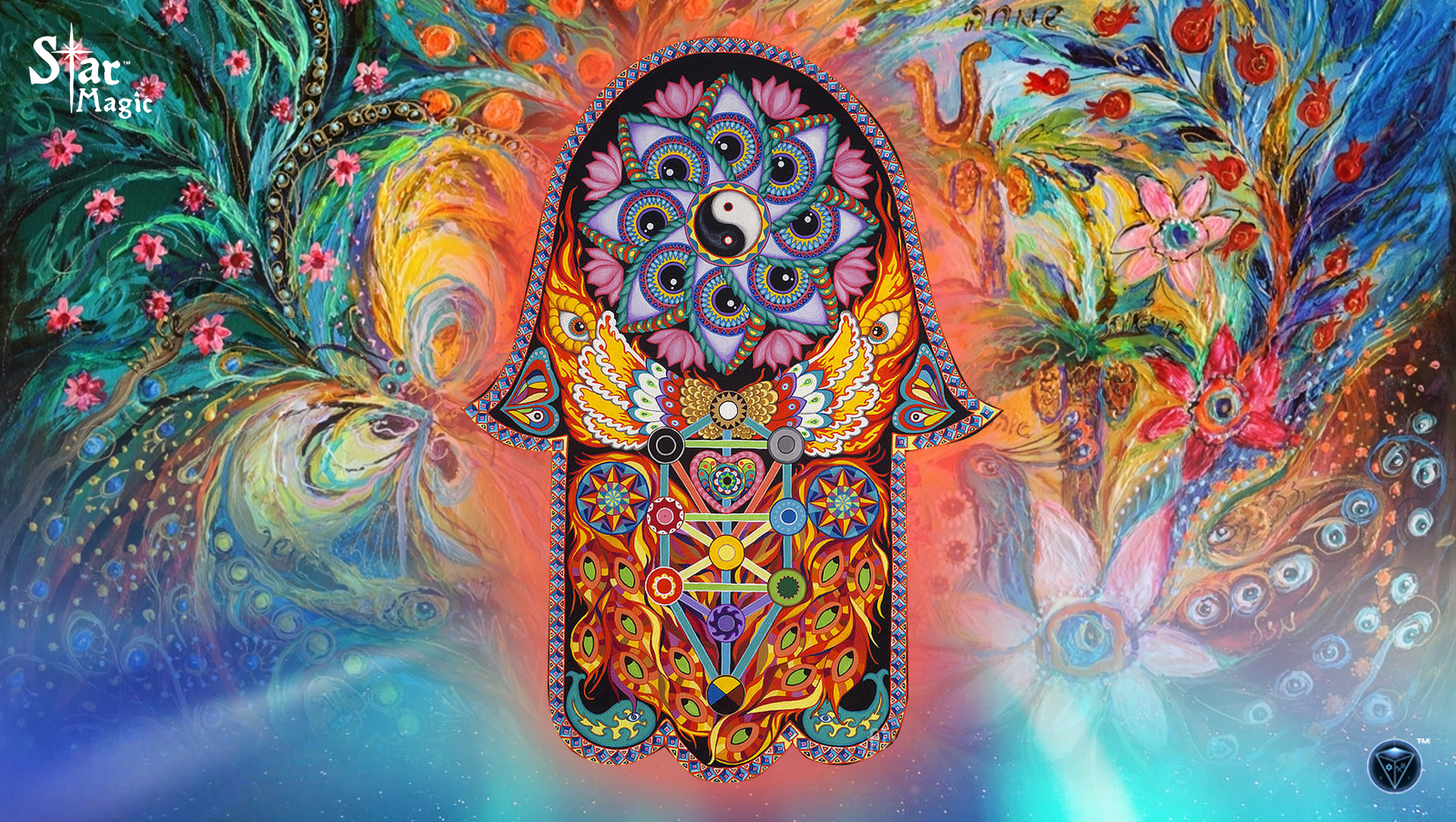 The Kabbalah is an ancient science and wisdom. It helps you to connect with the invisible spiritual force of creation.

Kabbalah means that which is received. To receive you open your heart to divinity. Then you let go of worldly desires and receive what you are ready to understand.

Kabbalah opens you to a deeper connection with a higher spiritual reality. All of creation is revealed to you when you raise your consciousness.

What is the Kabbalah?

The Kabbalah is a vast body of esoteric knowledge and practice. It facilitates a shift of focus from service to self to service to others.

Kabbalah describes the tradition based on the Sefer ha-Zohar, the Book of Splendour. This was written by Jewish scholars in Aramaic in the thirteenth century.

The Kabbalah is a key that unlocks the ability to control subtle forces. It uses esoteric philosophy, psychology, and cosmology to assimilate any aspect of existence.

Theoretical Kabbalah looks at the inner dimensions of reality. This includes spiritual worlds, souls and soul groups, extra-terrestrials and angels.

The second type is meditative Kabbalah. This is where you can reach the higher elevated meditative states of consciousness.

The third type is magical Kabbalah.  This is about influencing the course of nature and is related to Hermetic magic which is practised by the Golden Dawn, Gnosticism, Rosicrucian, and other modern western mystery schools.

Kabbalah is a way of life and a powerful spiritual path. It is called the yoga of the West. It complements the Eastern chakra system and has practises similar to many of the forms of yogic practice. 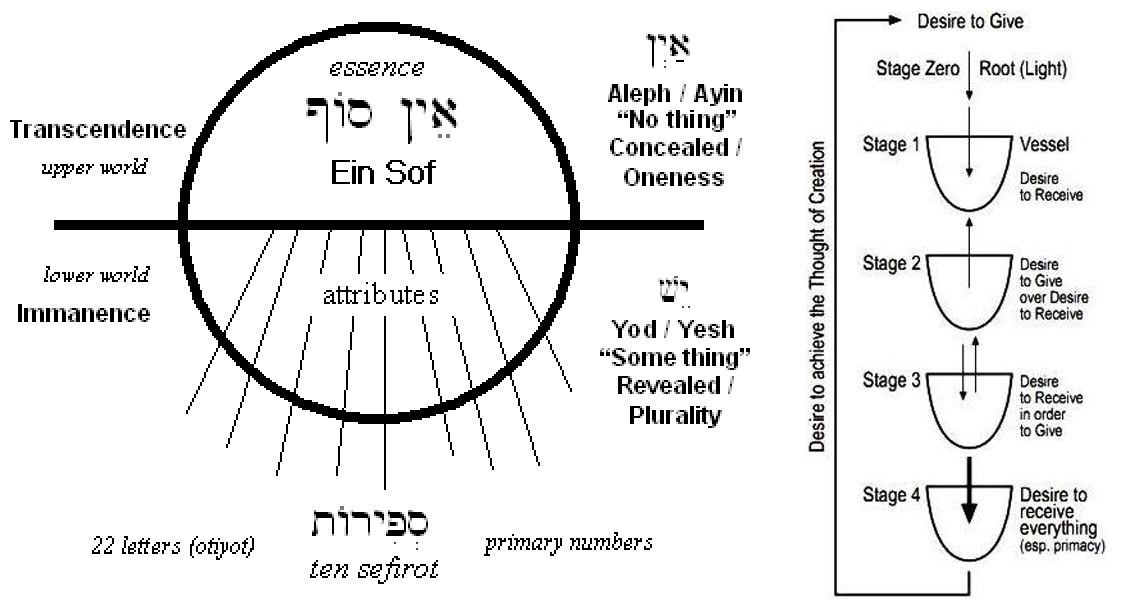 The Story of Creation

The Kabbalah extends the ideas outlined in the book of Genesis. Kabbalists believe that there is nothing except for the light, also known as Ein Sof, God, the Creator, The Light, and source energy.

Initially there was only ‘The Light’, a unified formless field of emptiness that is always pregnant with light. There was nothing. Not even space, time, and motion.

The Light wanted to share but it had nothing to give to. From emptiness it created an energetic vessel to receive all it had to offer. Receiving was the vessel’s only job.

The vessel filled up endlessly with light without beginning. Like a funnel or vortex without limit, the vessel kept receiving as the Light kept giving.

The Light opened up the heavens and created time and space. This is so that the vessel could be alive in the process of creation. The vessel inherited the traits of original causation and sharing from the Light.

The vessel now had an arena to express its own sharing nature. This space-time arena was created through the unfolding of formless spiritual and formed etheric (energetic) levels of creation into physical reality. This led to symmetry breaking and creation of the fundamental physical forces of nature.

Instantaneously the vessel shattered into countless pieces. These are the fragments of matter and energy that make up our entire universe. Now the vessel can share all of its experiences with itself and with the light. It is the cause of its own fulfilment and this includes all of our collective experiences.

Purpose of the Kabbalah

The Kabbalistic approach goes to the source of all problems and suffering. The source of suffering is the grasping of self as independently existent from physical and spiritual reality.

In reality, there is nothing other than the infinite light. The world as a separate reality independent of a creator is an illusion.  All that exists in reality is the Ein Sof, the perfect symmetric diamond of creation.

You access this infinite light by opening a portal at a point in your heart. This is closed when your ego drives your life. When you awaken, it opens up and a tiny point of light enters from source energy. Then you experience boundless unconditional love and channel pure divine wisdom. 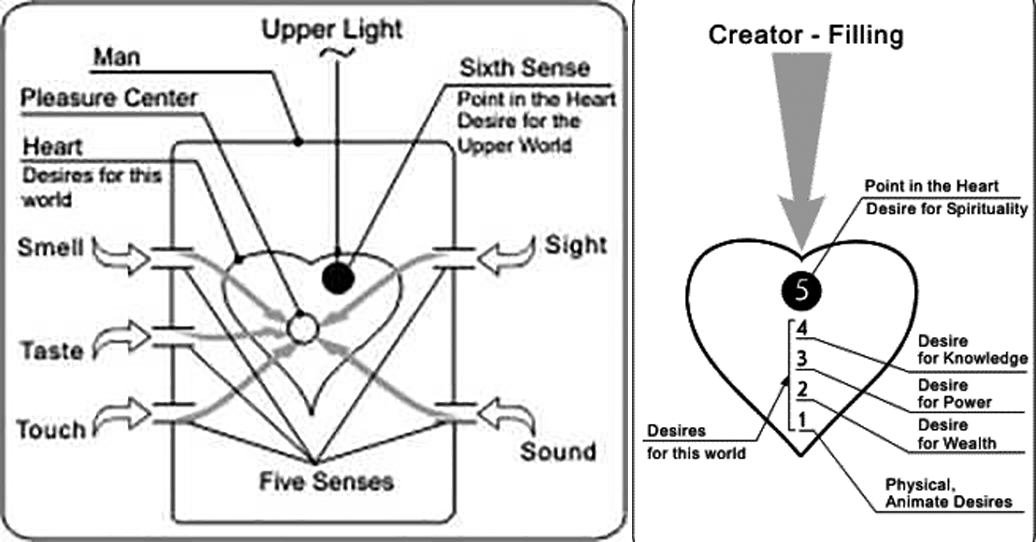 Your true self is your transcendent soul. Through study and correct practice of the Kabbalah you realise that your ego is a masquerade of your true self.

You begin to realize that there is nothing besides the Light. All else is concealment of that truth. Then your negative emotions will also disappear. You transcend ego as you realise things as they are.

Kabbalah teaches you that you have the power to create your own fate. Activating and using this power requires a deep understanding of self, desire, and purpose.

Kabbalah also offers the oldest application of astronomy and astrology known to us. It teaches that each person is born at the precise instant best suited to his or her special needs.

When you spiritually awaken the point-portal in your heart is activated. Like a key, it unlocks your ascension onto the first of 125 rungs of the ladder to your ascension. Your heart connects you to your higher self and to source energy too.

The wisdom of Kabbalah teaches you that you live in a multi-layered reality. Reality has two basic levels. These are our physical world and the upper concealed world. 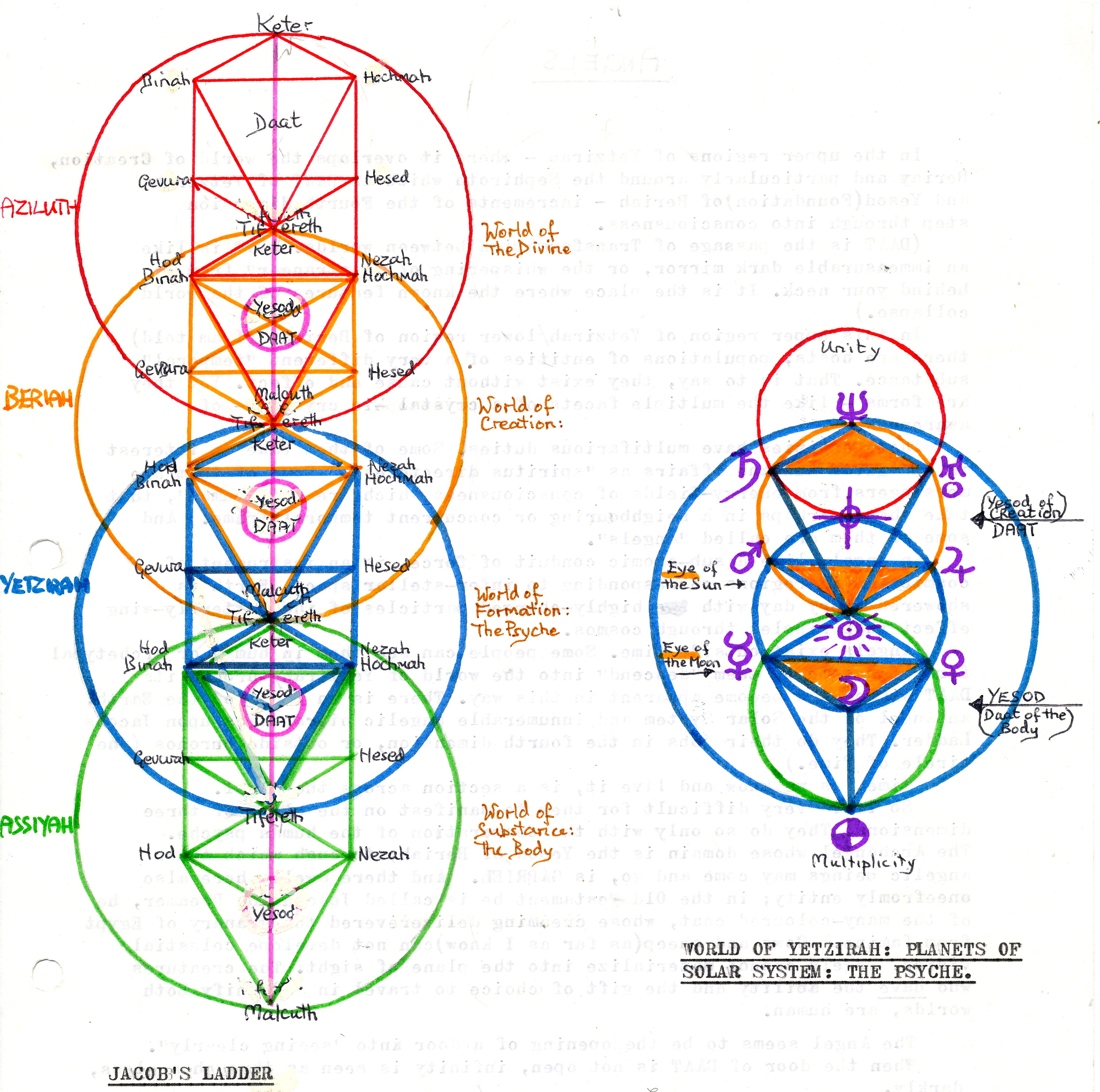 The upper world has 125 different degrees of existence. Each of these is positioned one on top of another like a ladder with 125 rungs. Each rung is a step towards ascension.

You climb up to the first rung of the ladder through living life authentically and sharing your love with others. This is the application of the wisdom of the Kabbalah in practice. You will also have the momentum to keep on going up the ladder until you reach the top.

The Tree of Life

The tree of life is a structure or map we use to spiritually evolve. This has ten Sefirot, or creative forces, connecting the infinite and unknowable Ein Sof and the created world. 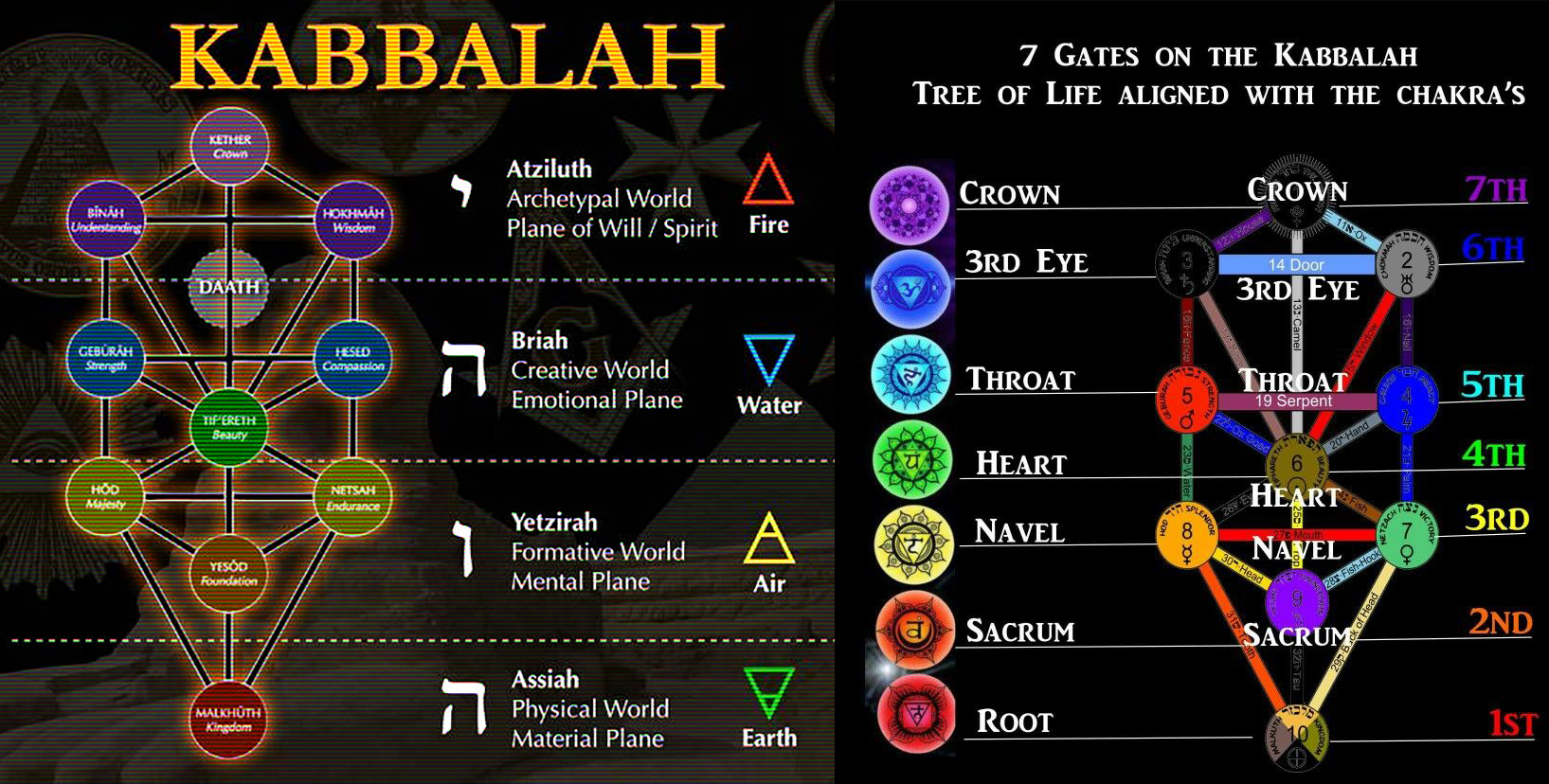 The right side of the tree of life represents the masculine principles of unity, harmony and benevolence. It is associated with mercy and bestowing the generous goodness upon our world.

The left side of the tree of life represents the feminine principles of power and justice representing the fearsome awe of God. It also embodies the principles of separation and distinction.

The Middle column of the tree of life represents the ideal balance of divine mercy and justice. The Kabbalah recognizes that the universe would not survive if founded only upon justice or mercy.

The Law of Roots and Branches

Everything happening in our world is the result of an upper force. Angels, devas and all spiritual beings are forces. Every action, thought, desire or event from the most elemental particle to the biggest stars and entire galaxies, is managed by this upper force.

There are numerous forces that act on the inanimate, vegetative, animate and human tiers. These are the physical and biological forces that influence all tiers of reality across the four worlds. 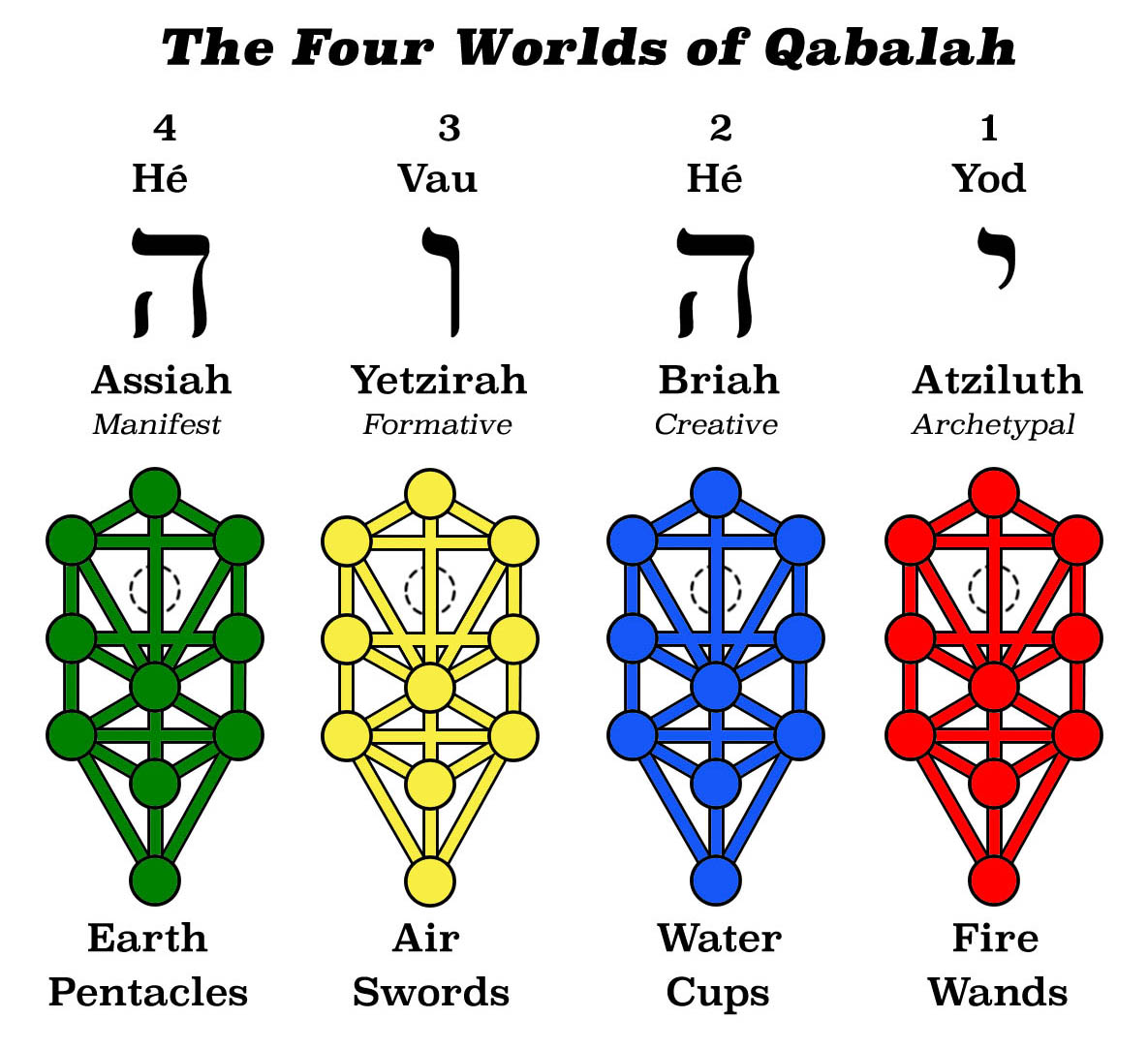 You can have a dialogue with the creator behind these forces. You will then have the power to create, respond, participate, change and consciously intervene.

You can control your fate. You are inside a picture or movie that is prepared and formed for you by these forces. You can actively take part in and realign your destiny with the spiritual flow.