There are many more types and applications of technology than we currently know. Some are beyond our level of engineering and others have not been (re)discovered. These include the use of crystals, sound and light. Specific applications are sonic levitation, encoding and transmitting information in light, and storage of information in crystals including quartz. Utilisation of the physical forces for engineering projects and weapons may have occurred in the distant past on our world and on other worlds by alien life. There is no physical evidence of this but beings of human or equivalent ability are likely to have a period of focused scientific development in tandem with a level of cultural and spiritual development. So far scientific evidence of buried civilisations indicates pre-industrial levels of development with some forays into electricity and advanced mechanics. However, there are many gaps in knowledge and unexplained archaeological finds.

Spiritual technologies appear more intuitive and perhaps more advanced in past cultures due to their living with nature and communicating with spirits, extra-terrestrials and other beings. There may have also been a more integrated and widespread use of natural hallucinogens and advanced meditation techniques that help to link people together and develop non-physical soul technologies. Why build advanced craft that can travel near light speed when communication occurs almost instantly through telepathic means Even species with no known science and technology according to contemporary measures, such as cetaceans and cephalopods, may be more spiritually advanced than humanity in ways we are currently unaware of.

Considering the myriad possibilities of evolution, it is worth wondering the vastness of existence and living beings that exist without solid material bodies that are physically detectable. In other star systems there are creatures of various levels of sentience, some are collectives with hive minds and others have a high individual intelligence. Some of the more advanced beings that are physically humanoid in appearance include Sirians, Arcturians and Pleiadians. Also, each world system has its hierarchy of angels, multi-dimensional living beings and belief systems. For example, angels exist to assist humans and operate at a higher awareness, dimension or level since they are more closely linked to source energy are here to serve us.

There are crystalline, and other forms of inorganic life, as well as patterns of sentient energy ranging from light beings to plasma entities and sentient universes. Even gas giant planets and stars may harbour life. Everything is alive at some level and it is just the degree of sentience that makes a difference. The distinction between our real and any simulated worlds have no bearing if the simulations are at a fidelity equivalent to a real world of the same order. As observers we generate our own reality converting thought (intent, imagination and simulation) into our subjective, and hence objective, reality.

Angels, Buddhas, bodhisattvas, Elohim, and a variety of other ascended beings are here to help us and other creatures, in so called physical 3 dimensional reality with guidance and spiritual evolution (ascension). They are not seen by scientists with scientific instruments because their energy levels are higher than we can see physically, or to which our physical senses are attuned to. Many of these beings have not lived a human rebirth. Also, many ascended and enlightened beings are enlightened or liberated from perpetual rebirth because they have no grasping or attachment to the wonders and attractions of physical existence. Some living beings choose to be reborn to help other beings by guiding them and many are here, like us, to learn life lessons and evolve through wisdom gained through experience.

Summary of the Dimensions

In the quantum energy web, everything is interconnected and any differences perceived are down to where each being is currently on their spiritual journey. Even if our reality is a simulation by a vast extra-terrestrial intelligence, all these meta-realities are still energetic matrices within levels and divisions of the astral and higher dimensions. Our reality is an island embedded deep in a network, within Russian doll layers, which the mind escapes by releasing attachments and understanding true nature by letting go of and transcending all realities no matter how deep this rabbit hole goes. Everything is illusion (Maya) such that one simulation is equivalent to another even if it physically does not appear so. All realities are experienced internally and reflected externally as entangled phenomena of individual and group awareness.

Technology and Society in Balance

Science, technology, economics, politics and spirituality are all tools to help us transition from a world of war and strife to one of peace, happiness, and cooperation. It is people who are deluded by greed and manipulation who need to change into people clear in mind and working for the benefit of all. To action this change we need to understand ourselves, our role on earth, and connect regularly with spirit consciousness. We also need to move away from our materialistic outlook and consumerist economy towards a resource based economy based on love and cooperation.

Respect all religions and spiritual paths, and sciences, as different facets of one whole. There should be no war, conflict or human disasters. We can all help each other at different levels from the local village, town, city, county, to national levels. One model of the structure of our settlements is with a central hub and integrated habitation and natural spurs in circular rings around (similar to Atlantis). This is so we have optimum access to transport links, facilities and areas of nature next to areas of human habitation for happiness and wellbeing.

We would all benefit from balancing our level of technology with nature so we can live in harmony without hurting others or raping the land.  Ideally the techno-agrarian integration should afford a minimal amount of recyclable technology to keep everyone in touch. Of importance is focussing on advancing environmentally friendly sciences and technologies in preference to those feeding our destructive and distractive nature which currently feed our modern society at the detriment of earth.

Star Magic is with us all

Energy is within and around us all the time, but our consciousness enables us to activate it and make it vital. I usually need to reiterate to people that just because we can’t see something, doesn’t mean it doesn’t exist. We can’t see air, but we know we breathe it to keep us alive. We also can’t see electricity, atoms, electromagnetic fields, sound, radio waves or the weather, yet we can see or hear the indirect results of these in physical form. Everyone’s perception differs and an increasing number of people are able to perceive things using ‘extra-sensory perception’ that others may not. Today, more and more people are able to perceive energy in some way and know it as a very ‘tangible’ phenomenon. Following your intuition is a simple way to start.

If you would like to elevate your life, to a level beyond extraordinary and experience Star Magic energy healing click here

With Love and Light, 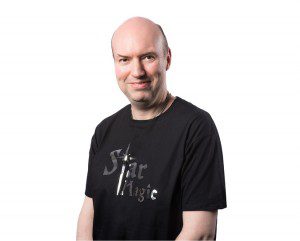 Who and what is a Bodhisattva? How To Raise Your Frequency. 15 Ways to Raise Your Vibration
error: