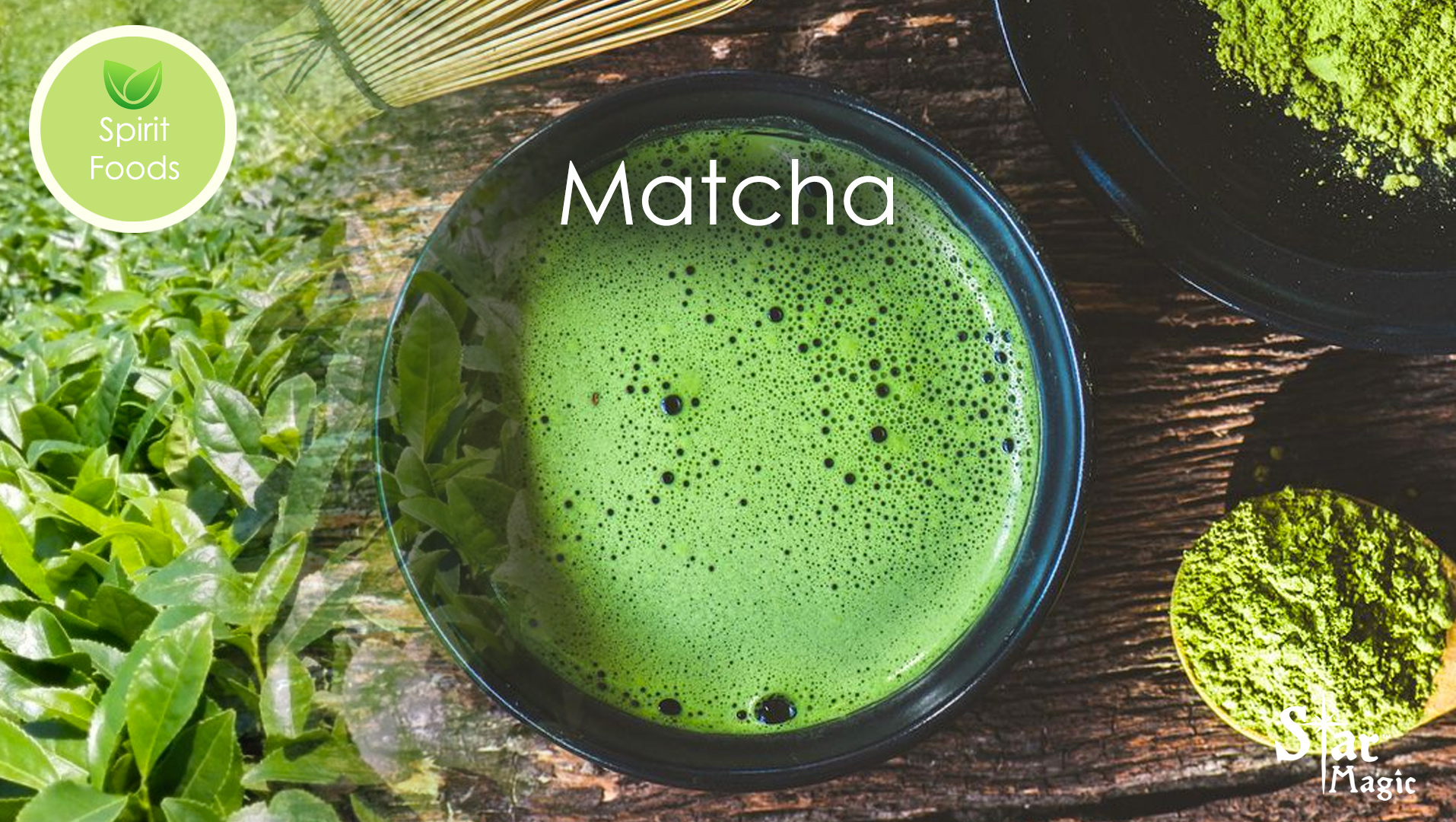 One of the earliest mentions of Matcha was found in a book called The Classic of Tea from 760 AD. Written by a Chinese scholar called Lu Yu who mentioned the Emperor Shen Nong (from 2700 BC), who experimented with hundreds of different plants and grasses to test their medicinal uses.

Tea leaves shifted to ground powdered tea when Eisai (1141–1215 AD), the founder of the Rinzai sect of Zen Buddhism began to meditate with it. Esai realized that drinking matcha improved his Zen meditation sessions by producing a state of calm alertness. By the 14th century in Japan, the custom of drinking matcha flowed from the temples and the upper level of samurai society to the rest of the country.

Radical simplicity was encouraged by monk Murata Shuko, who attained enlightenment at the moment when he realised that the eternal law of the Buddha is revealed by a mere gesture of filling the bowl with hot water. Tea ceremonies create harmony between the minds of the host and their guests today. A ceremony conducted in a proper way frees from worries, shows the perfection of nature and human activities.

The spirit of the tea is expressed through the concepts of peace, purity, respect and harmony.

The word Matcha comes from Japanese: “ma” translates to rubbed or ground, while “cha” means tea.

EGCg and other catechins counteract the effects of free radicals from the likes of pollution, UV rays, radiation, and chemicals, which can lead to cell and DNA damage.

It boosts metabolism and burns fat by up to 4 times the regular amount without putting stress or pressure on the body or heart.

L-Theanine may help memory and learning. It inhibits any possible side-effects from the caffeine present. It increases concentration and clarity of mind without any of the nervous energy found in coffee.

Chlorophyll helps eliminate both chemicals and heavy metals from the body. It is a powerful detoxifier that gives green tea and other plants their signature green colour.

Drinking tea was considered to be a calming spiritual way to increase the awareness of the lifestyle known as wabi-sabi (simplicity and austerity).

The philosophy of wabi-sabi, celebrates the simple joys of life through activities like painting, arranging flowers and drinking tea. Beauty is in simplicity.

Matcha helps you become one with nature. It connects you the simplicity in life. By fully understanding the simplicity of the soul, one can rise to a higher state of consciousness.

Zen monks believed that the tea ceremony works on all five senses.

Smell, touch, taste, hearing and sight – the five senses were met with the aroma of the tea, the texture of the mat on the floor, the feel of the glazed ceramic tea bowl, the taste of the tea, the sound of the water boiling, and the beautiful images in the wall scrolls and flower arrangements in their ceremony hall.

Make a matcha latte with a nut milk of your choice.

Add matcha to drinks or juices or smoothies.

Host a matcha tea ceremony to awaken the five senses and progress spiritually.

“Those who cannot feel the littleness of great things in themselves are apt to overlook the greatness of little things in others.” – as written in a collection of essays entitled “The Book of Tea” by Okakura Kakuzo, who was one of the first Japanese who advocated the traditional art, crafts and artistic techniques in the early 20th century.