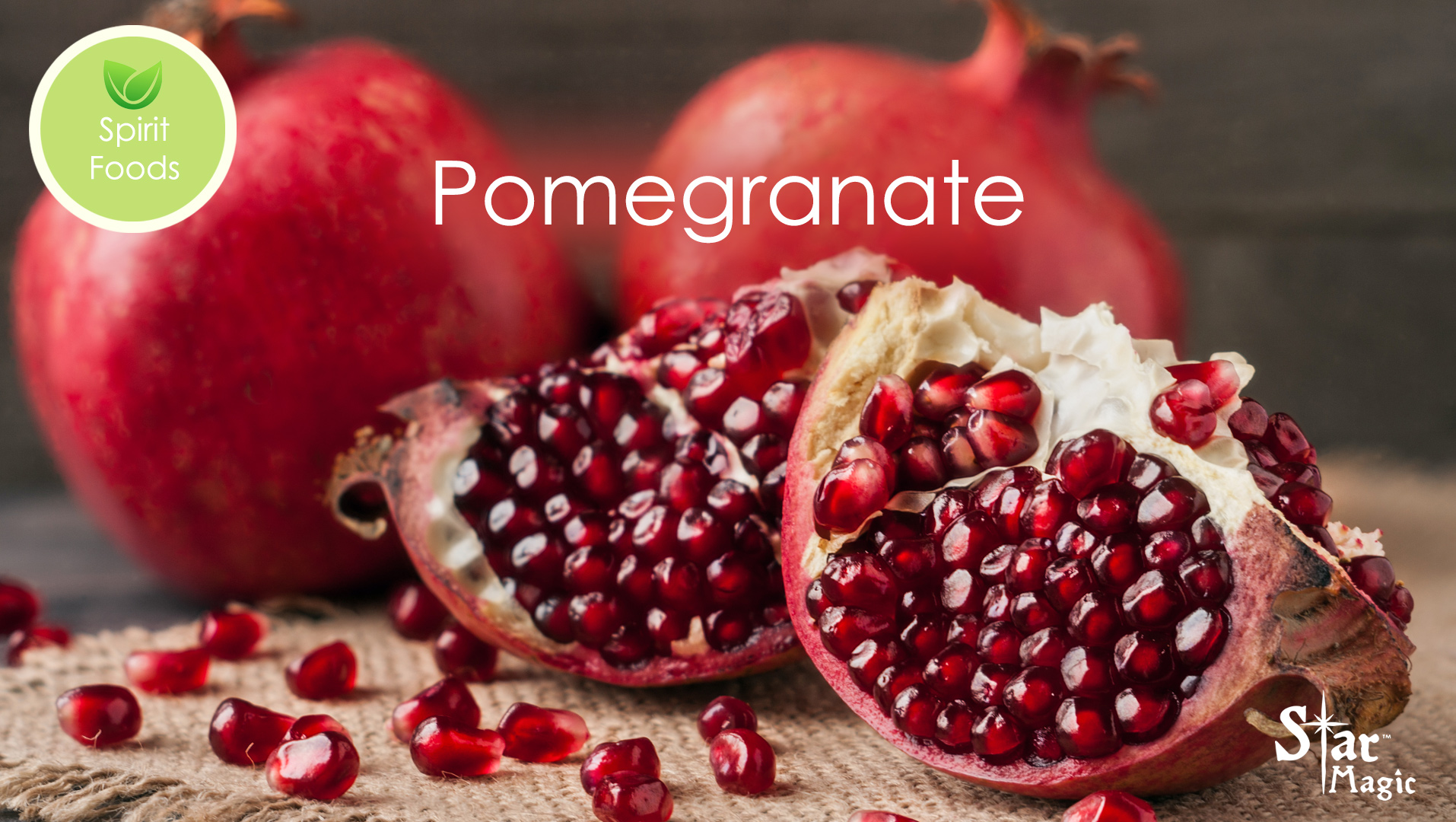 The pomegranate is native to locations from Iran to the Himalayas in India. It is widely cultivated throughout India, the Meditteranean, southeast Asia, Malaya, the East Indies and tropical Africa.

The pomegranate can be seen as a symbol of humanity’s central beliefs and ideals, namely, life and death, rebirth and eternal life, fertility and marriage, and abundance throughout virtually every religion in history.

It was used in religious paintings by Botticelli and da Vinci, where it is seen in the hands of the Virgin Mary or the baby Jesus. It’s depicted bursting open, representing the expansion of life. Simultaneously it signifies Jesus’ death and suffering as well as his resurrection and eternal life.

In Judaism, pomegranates were the fruits that were brought to Moses to demonstrate the fertility of the promised land.

The pomegranate was associated with the Aegean Triple Goddess, who evolved into the Greek goddess Hera, she is portrayed with a sceptre in one hand and offering a pomegranate in the other as an emblem of fertile blood and marriage.

One cup of pomegranate provides 30% of the recommended daily intake of vitamin C. In addition to vitamin C it contains vitamin E and is a good source of folate, potassium, and vitamin K.

Pomegranate juice and the peel is rich in extremely potent antioxidants called punicalagin.
It has three times the antioxidant activity of red wine and green tea giving us an array of health benefits as well as anti-ageing properties.

The punicalagin in pomegranate juice can help to reduce inflammation which in turn reduces cancer, diabetes and arthritis.

Pomegranate juice can be useful in men with prostate cancer and breast cancer in women.

The juice can reduce inflammation in the gut and improve digestion. It may help people with ulcerative colitis, chron’s disease and other inflammatory bowel diseases.

Regular intake of pomegranate juice has been shown to lower blood pressure levels in as little as two weeks.

It has anti-microbial properties that can combat some types of bacteria as well as the yeast Candida Albicans.

Pomegranate’s role is to assist with death and rebirth. It helps makes endings and fresh starts easier to transition through by giving us access to the levels of stamina, courage and resilience needed in times of these major change.

Bring pomegranate with you to your next house warming parting as a symbol of abundance, fertility and good luck for the new owner.

It helps to create a pattern of independence. It also heals issues created in childhood from a lack of financial and emotional support. It helps you to feel comfortable accepting abundance and enjoying success.

Have pomegranate juice before exercise to boost your fitness and endurance.

Top it onto smoothie bowls and yoghurt dishes.

Stir into grains such as quinoa and brown rice dishes.

Add them to your favourite salsa recipe.