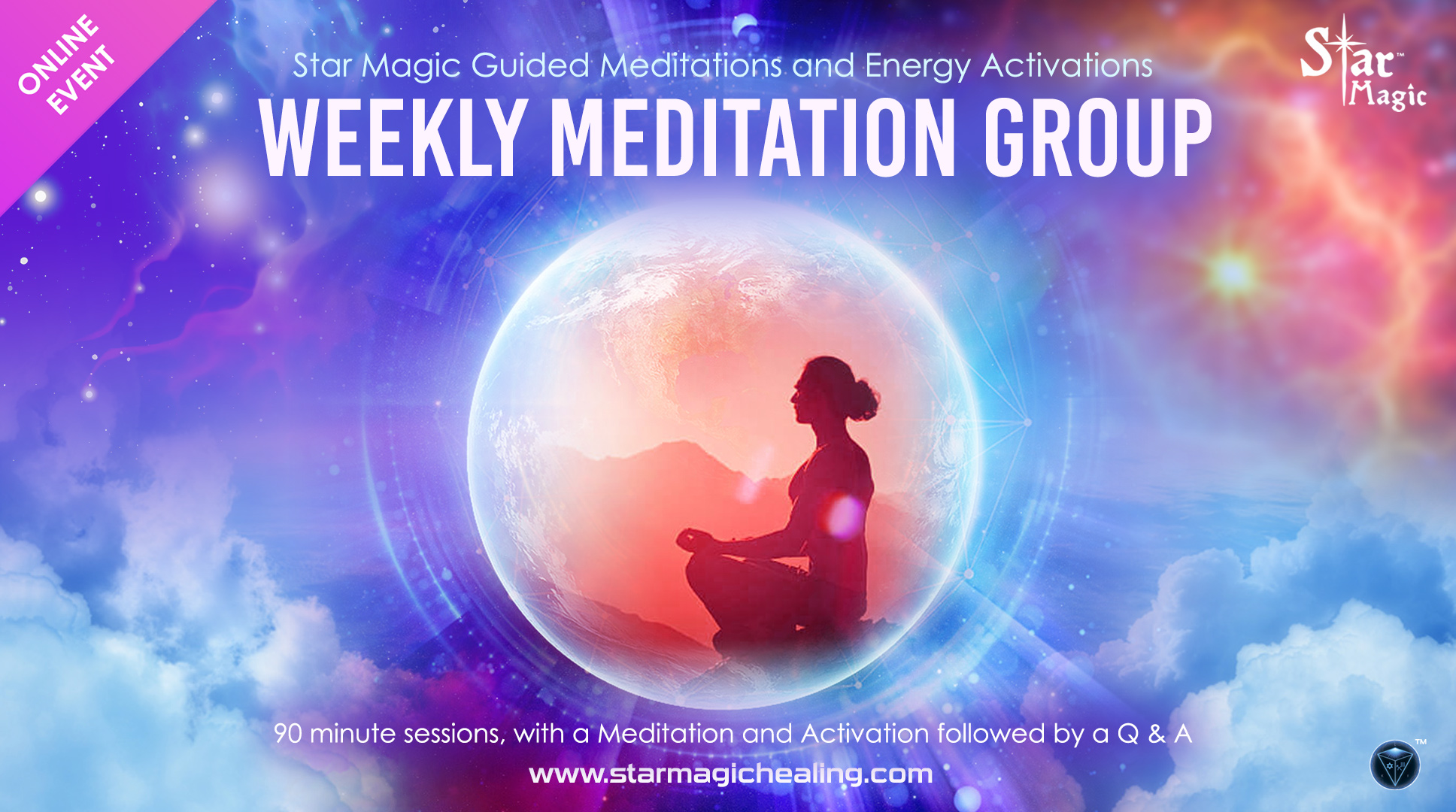 If you are an Infinity Member the access link will be sent to you at the start of the month.

Each month you will receive a new access link for the coming months Meditations.

We are going to be offering one Live Weekly Guided Meditation and Energy Activation to the Star Magic Tribe!

We will gather once a week to heal, transform, share, upgrade and elevate our vibration as a tribe and expand our consciousness as a community.

After the massive success of our Infinite Wisdom Healing Journeys and the deep connection the Tribe formed, we’ve decided to offer this consistently to bring us all together. If you attended our IW Journey’s you will know the bond that was created as we expanded, healed and laughed together.

The focus will be on amplifying your frequency, activating and increasing the potential of your pineal glands, healing and switching on your DNA. These energy activations will turbo charge your immune system and will be an incredible opportunity for the tribe to come together and have fun on a regular basis!

If You are not Infinity Member – Your investment will be £14.99 a month for all weekly sessions!

We will set the months dates at the start of each month.

April dates will be:

May dates will be:

Book Now for May

June dates will be:

Each session will be 90 minutes, consisting of a Meditation/ Activation followed by a Q & A and sharing.

See You On The Inside Beautiful Soul!

Join the Tribe on Social Media